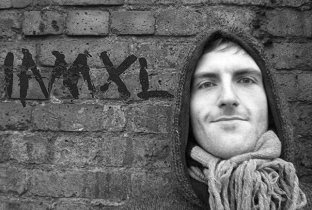 iamxl, aka Jon Hamlin, is an old familiar artist that I recently re-discovered lurking in the tattered remnants of my "Random Music" folder from years past. I have no idea where these songs of his I have came from, but they piqued my interest enough to do a little e-digging and figure out who exactly iamxl is. Working mainly in Vancouver (Canada!) and London (UK!), Jon's apparently been DJing, producing, and consistently pumping out all sorts of mismatched and danceable remixes for more than ten years.

Sometimes relaxed and sometimes housetastic, he's mixed and mashed everything from Ice-T to Joy Division to even Sook-Yin Lee, the woman fondly known to us at Ninjatronics as the awesome sex therapist in the movie Shortbus (definitely worth checking out if you're prepared for some extremely explicit content.) These songs may not be club bangers, but they'll certainly keep things moving mid-set.

Also, for more on Sook-Yin, check out her music myspace here. I didn't know she made music at all, so it's pretty cool to rummage through her stuff.
Posted by robokraut at Tuesday, June 02, 2009

All mp3's here are meant for sampling purposes. If you like what you hear, support the artist and buy the albums. If you are the owner of an mp3 and want it removed, just shoot us an email: ninjatronics@gmail.com